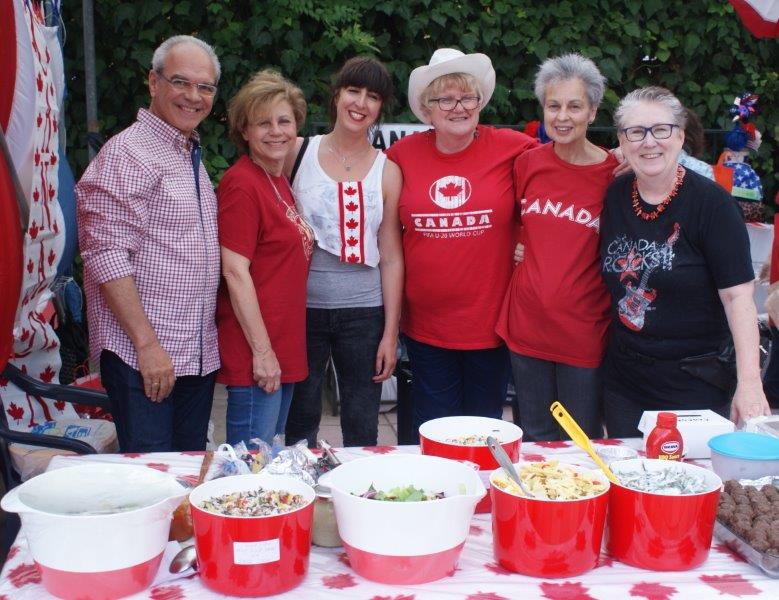 It’s once again time for the annual excitement at the ethnic Food-for-Good Festival on Sunday, June 5, 8.30pm, Plaz Aretsiou, Kalamaria. You can help out at the Canadian table by bringing homemade food (a big batch of meatballs, any kind, and a salad, any kind) or helping at our stand. Contact FoC at This e-mail address is being protected from spambots. You need JavaScript enabled to view it if interested. Proceeds go to local charities.

UPDATE: This year our Canadian table ‘sold out’ at the International Women’s Organisation of Greece’s (Iwog’s) annual, ethnic Food-for-Good Festival. We Canadians served 163 delectable portions of various meatballs and salads. Note that the meatballs with sauce were the most popular – and this year we had a popular new first: chicken meatballs! Many, many thanks to our eternal Canadian table coordinator Janet Koniordos, and to the many volunteers (including some new faces) who cooked and helped serve. We also appreciate the constant support of our honorary consul, Pantelis Petmezas, his spouse Dora, and their daughter Eleni. Over 40 countries were represented at the Food Fest, and approximately 1,550 tickets were sold. Many more people than that attended the Food Fest, but due to the economic crisis, many people shared tickets – we should be proud that the Food Fest gives the public the opportunity to share tickets and food portions…. After expenses, the total amount made for charity that night from the Food Fest was 3,000 euros. This year the Festival is supporting three institutions:
--"Krikos Zois" the Society of Friends of patients with Inherited
Metabolic Diseases
--"Chrysalida" a domicile which is a branch of the Psychiatric Hospital Thessaloniki
--"To Spiti tis Kardias "- Frere Gerard Montane